We're setting up TANDEMEER for the purpose of humanitarian aid. This means that we may not be bringing her up to full "Yacht finish, Bristol-fashion", but pretty close for crew comfort. As she's been sitting in storage for quite a while and rainwater has leaked in, we're renovating some woodwork so that seats and bunks and be sat on and bunked in.

More important is getting the sailing gear and machinery running, and to that end we just got TANDEMEER's roller-furling genoa up and working and though it looks like there's a bearing failure in the upper Hood Pro-Furl we'll fix it in Florida before entering mission status. We now have the running and standing rigging ready to sail, but are still having problems getting the diesel engine running even though she was tested recently OK. Setting up a fresh fuel source may be the cause of airlock problems and we'll let you know in an update...

Tanks on an older boat are a never-ending source of problems, and we still have difficulty in pumping water from the four freshwater tanks. It's a routine  job of tracing back the probable air leaks and possible line blockages to clear. More problematic is the status of the fuel tanks, but after sounding we're hopeful of cleaning out one of the two and getting in maybe 100 gallons of fresh diesel fuel.

There are all sorts of pump problems, I'm glad we brought along a fantastic Rule 4000 computerized bilge pump with through-hull fitting, I'll install that - it can empty a 55 gallon oil drum in a minute!

We now have the first coat of paint on the boot-top stripe and another to go tomorrow, then it's a matter of completing the voids and holes in the ship's bottom with epoxy goop, sanding and putting on the 10 gallons of anti-fouling paint very gratefully accepted as a donation from Interlux. The weather here's been very cold but we hope to get a day tomorrow that's dry and above 50Ft...

Launch date is scheduled as 5th December, so we need to get a move on! We have two or maybe four volunteers coming in the next few days, that'll help a lot. A general reach out! 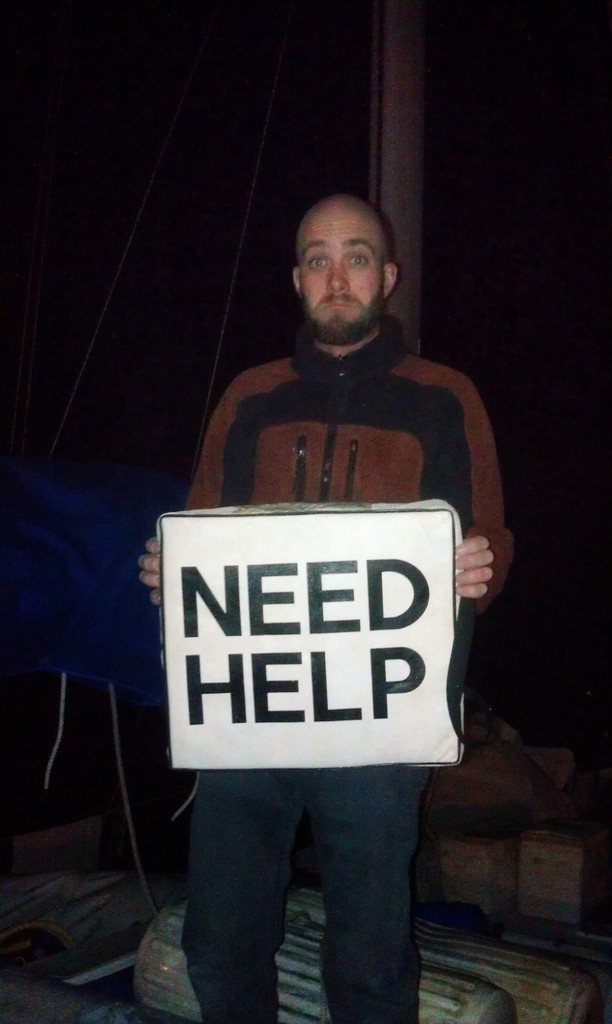 Replies to This Discussion

TANDEMEER is in the Spencer Boat Company, Miami River, getting her rudder rebuilt since busting it in the middle of the Gulf Stream while sailing on a humanitarian aid mission to Haiti. We were able to transfer to another IRG boat, but it was a bitter disappointment. Many thanks go out to the incomparable John Spencer for hauling our boat out and letting us use his yard for repaird for free! Thank you John.

Preparations for voyage to Bahamas, Haiti and Cuba this winter

Call for crew and Open Boat on Tandemeer